We own multiple devices simply because they’re convenient. We have video doorbells for extra protection, smart light fixtures for energy efficiency, and the Echo Dot device for easier home automation commands and control.

One of the best devices available in the market currently is the Echo Dot device. If you own one, however, you likely encounter certain problems like constant blue light spinning.

This light is also known as the blue ring of death, but it should not stress you out too much. Your device hasn’t malfunctioned, and there are ways to get it back into working order.

We’ve scoured the internet for the best possible solutions, so allow us to help you fix the blue ring of death on your Echo Dot device. Let’s begin!

What Is The “Blue Ring of Death” On An Echo Dot Device?

If you’re familiar with computers, you may have heard the term “Blue Screen of Death” or BSoD. The term originated from fatal system errors in Windows computers, which flashed a blue screen when the system crashed.

Similarly, the Blue Ring of Death on the Amazon Echo Dot is a sign of an issue with the device. This error occurs when there’s a circling blue ring on the Echo Dot. It can be easily seen when you look close enough.

The Blue Ring of Death may be annoying because of the constant rotating blue light, and it can be concerning when your device is not responding to your voice commands.

What Causes An Echo Dot To Get The Blue Ring Of Death?

So, what happens if your Amazon Echo Dot has a spinning blue light? What causes this error to occur? There may be a lot of factors to consider.

Your Echo Dot may be flashing blue because of:

Let’s dive into these problems in detail and explore how to deal with them or prevent them from happening again.

The Echo Dot boasts of advanced features, which is why it can be challenging to use for first-timers. You may have accidentally triggered the “Do Not Disturb Mode” or DND, which can trigger the constant blue light. Because of this, Alexa won’t be responding to your voice commands.

If you’ve accidentally activated the DND mode, fret not—it’s an easy fix. You only need to press the mute button, which is located on top of your Echo Dot. If you’re unable to press it, however, make sure to go back to your Alexa app setting.

You need to uncheck the “No Interruptions” option, which will then ask you to press the voice command as confirmation. Once done successfully, the blue ring will disappear, and Alexa will respond to you once more.

Apart from accidentally turning the DND on, your Echo Dot may also be suffering from power supply issues. It’s actually regarded as one of the most common causes of the Blue Ring of Death, which happens due to the following issues:

Fixing a faulty power supply may seem difficult, but we’ve got you covered. Here are simple steps to follow to make the process easy and breezy:

Problems With The Hardware Of Your Echo Dot

The Echo Dot can stop responding and flash a solid blue ring when there is an issue with its hardware. The most common culprit is the device’s logic board, which is similar to a computer’s motherboard. It’s a component that deals with most of the major functions and features of the device.

The logic board could be bugged due to a manufacturing defect, or more likely, it could have suffered a short circuit due to water damage or a power surge. When this happens, the LED light stays on but Alexa will not be responding.

What To Do With Hardware Problems On Your Echo Dot

If you suspect that the Echo Dot is not responding due to water damage, it may be best to turn it off, unplug it, and wipe it with a clean cloth. Wait around 24 hours to let it dry. Doing so before trying to turn it on again will help prevent further water damage to the device’s internal parts.

You can disassemble the Echo Dot to look for the source of the problem. The video below can guide you in opening up the device. Once you get it open, check the underside of the logic board if there are capacitors that are leaking or look rather swollen.

You will have to replace the leaking or swollen capacitors and examine other areas to see if they show signs of water damage as well. You may need the help of a technician for this.

Another option would be to contact Amazon’s customer service regarding options on how to replace the Echo Dot’s logic board.

Problems With The Software Of Your Echo Dot

Another reason your Echo Dot may be flashing the Blue Ring of Death is an issue with the software. Some programming bugs may be causing problems on the device, which can lead to numerous errors, such as a constant spinning blue light, starting without voice commands, or not responding to instructions.

These bugs may occur due to outdated software, incomplete or corrupted updates, or incompatible apps. There may also be an interference between the software and hardware of your Echo Dot.

What To Do With Software Problems On Your Echo Dot

If you suspect that the Blue Ring of Death appeared due to software issues, your first course of action should be to reboot it. Much like turning a computer on and off again, this can take care of many bugs in the system. Unplug it, wait for five minutes, then power it back on.

You can also reset your device. To do so, follow these steps:

You can also prevent bugs by updating your software and app as frequently as possible.

Your Device Is Undergoing A Firmware Update

If a software update on your Amazon Echo Dot is currently running, it can also cause a briefly glimmering blue light to appear. Sometimes, it can take more time than usual, so this is usually not a cause for concern.

What To Do When The Echo Dot Is Updating Its Firmware

When your Amazon Echo Dot is undergoing a firmware update, there is usually nothing to do except just to wait for it to finish updating. However, if it is taking too long, then you may have to check your internet connectivity again.

When the problem persists even after you’ve performed the solutions above, it’s best to contact customer support directly. They’ll help you better understand your device, especially if you have one with advanced features. Support for Echo Dot also offers additional resources you can easily read.

Having an Echo Dot device can be rewarding indeed, especially if you rely on Alexa for your music, smart home commands, and other errands. That said, the spinning Blue Ring of Death can indeed be a cause for alarm, but it doesn’t have to be! Just remember to follow the solutions we’ve listed above, and you should be good to go. Your Echo Dot should be in working order in no time! 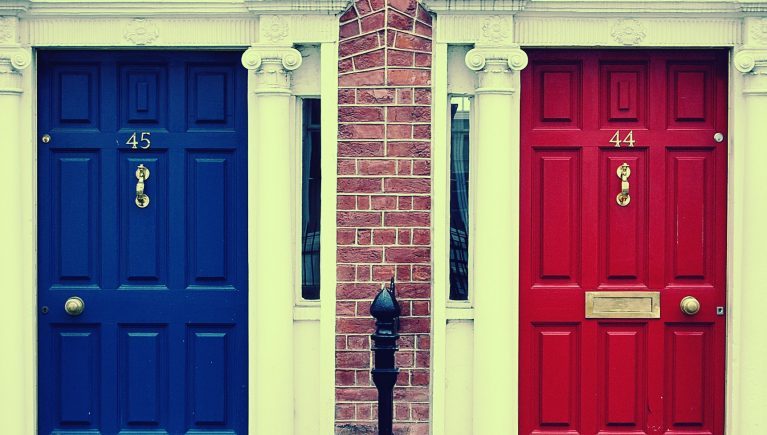 If you go by FBI statistics, residential properties are more prone to get burglarized in comparison to other properties. As much as 63% of burglaries have taken place at residential properties. Considering the high risk and vulnerability, the need to secure your apartment grows more than ever. You should consider installing door security devices for… 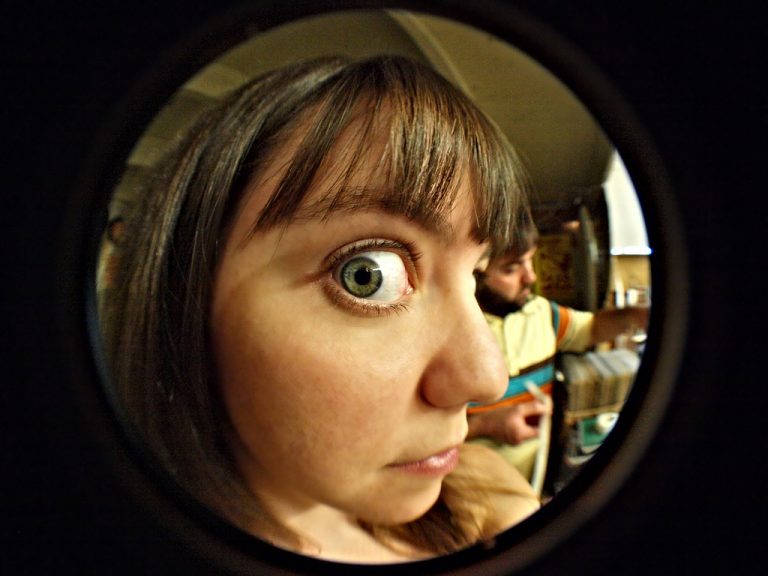 We discuss the most advanced forms of security solutions for your house or any other property. Installing the best security systems and mechanisms may require an investment, but the value it offers is unimaginable. Starting from a primary door lock to the most advanced surveillance systems, home security has come a long way. However, peepholes… 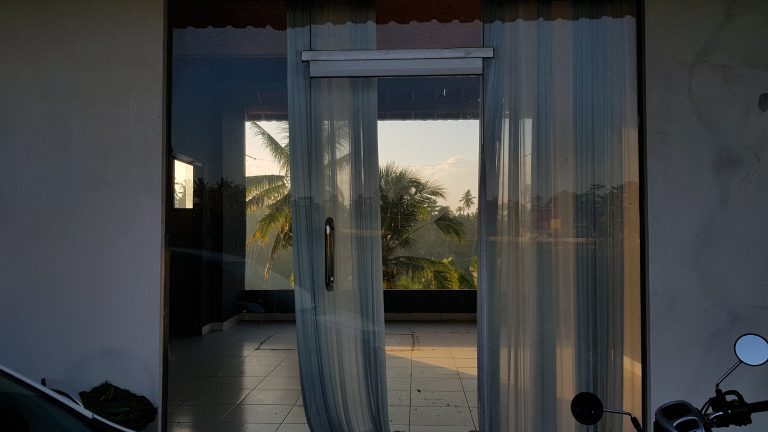 Sliding glass doors are a perfect addition to your home. They not only provide lovely views, but you can enjoy natural light with regulated ventilation. Sliding glass doors are the first choice for burglars to enter the house as they are the easiest and weakest to go through as they do not offer much protection…. 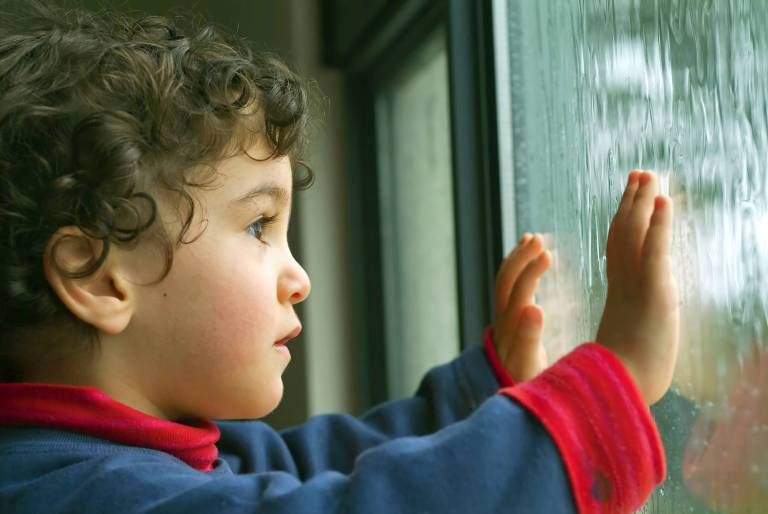 Many cities around the US face unpredictable and often dangerous weather conditions—from freezing blizzards to heatwaves and tropical cyclones, the country is no stranger to these perilous events. For this reason, numerous homeowners install storm doors to keep their properties and families secure. What Is A Storm Door Anyway?  Storm doors are doors that stand… 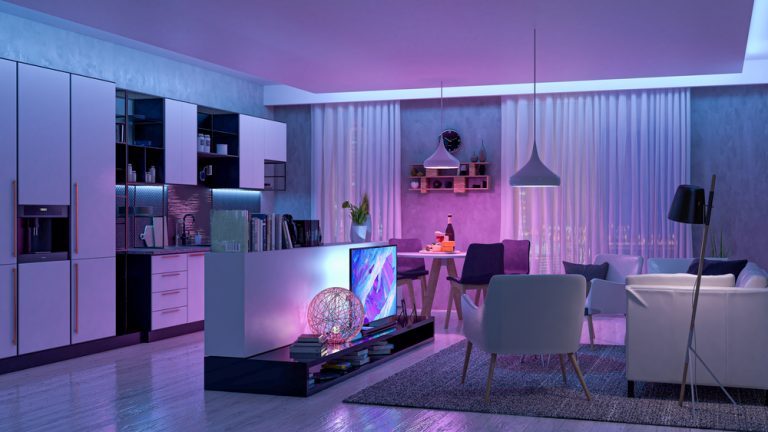 If you’re looking to spice up your space a little more, you may want to consider getting Govee LED lights. They’re perfect for your movie room or desk setup. You can even install them in the dining room to achieve a cozy ambiance. Either way, these lights are sure to create a beautiful atmosphere in… 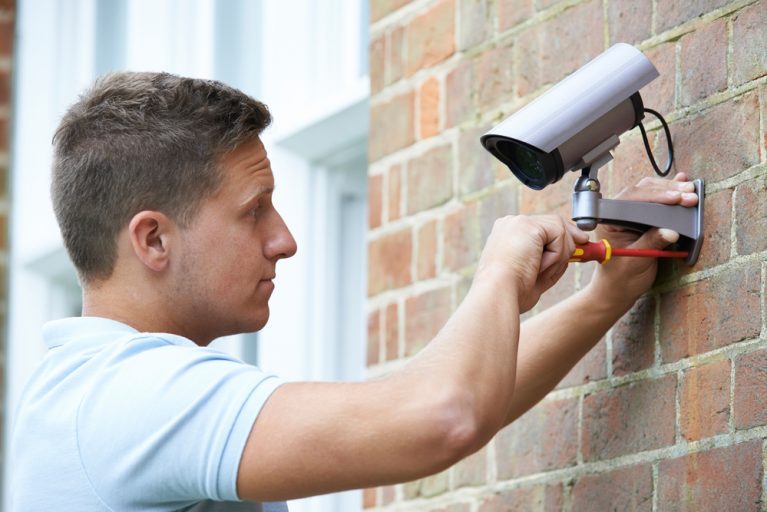 Although the digital world has given us a life of convenience and speed, it’s important to remember that your data and privacy is vulnerable now more than ever. The security cameras in your home that are designed to protect you can even end up compromising your home and loved ones.  Yes, you heard that right—you…